Home / Board of Trustees

Our appointed and elected Board members are non-compensated 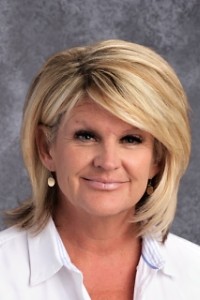 Krystin Morley is the only founding Board Member currently serving on the Board of Trustees. The genesis of American Leadership Academy was formed in her mind in 2004. Krystin has owned and sold 3 different companies in the past 25 years. She currently is the Vice President of MorCor, a construction engineering firm. Krystin was born and raised in Utah County and has been married for 35 years to Mike Morley. Krystin loves to travel and has travelled many places across the world. She is a dedicated wife, mother and grandmother to 9 children and 12 grandchildren. Two of her children have graduated from ALA and 3 children are current students. Dr. Michael C. Johnson and his wife, Kari, have seven children (five daughters and two sons), four who currently attend American Leadership Academy and three who have graduated from ALA. Michael has been an educator for some time. He taught Spanish courses during his early graduate studies and He later taught middle school Spanish for two years in Central Oregon. He also spent over four years in corporate training as an instructional designer and trainer in the financial industry. Michael has completed a Master's Degree in Instructional Technology (Utah State University, 2003) and a Ph.D. in Instructional Psychology & Technology (BYU, 2009). Michael currently works at Brigham Young University’s Center for Teaching & Learning as a Teaching & Learning Consultant, Instructional Designer, and Adjunct Professor. Dr. Eric Hogenson graduated from the University of Lethbridge with a Bachelorâs of Science in Biology in 1990 and went on to graduate from the University of Calgary with a Doctor of Medicine in 1993. After a 3 year residency at Riverside General Hospital from 1993-1996, he has been working as a physician at the Spanish Fork Clinic. In his spare time he enjoys working on classic cars and is married with 3 sons who have all attended ALA since the beginning. All of his children have graduated from ALA. His wife was a previous coach at ALA coaching the Basketball and Softball teams. 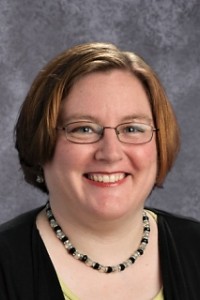 Brenda Peterson was born in Lakenheath, England and raised in an Air Force family. She graduated from high school in Gilbert, AZ and claims that as her hometown. She and her husband, Joy, have two daughters who have attended ALA since they began school. Brenda has served as Elementary 1st Assistant, Elementary Coordinator, and President in the Parent Council. She loves all of the teachers, parents, and students at ALA and enjoys contributing to the programs and events that make this school unique. Brenda earned her Bachelor's degree in mathematics from BYU in 1999. She loves to analyze and arrange. Amber and her husband, Norm, have seven children who all currently attend American Leadership Academy in grades ranging from Kindergarten to 12th grade.  She is a strong supporter of the unique opportunities that ALA brings to students and families including academics, the arts, sports, and the dual immersion program.  Amber graduated from the Mandalyn Beauty Academy and is currently an instructor for American Beauty Academy in Payson, Utah.  She also does hair from her home salon.  Amber served as the ALA Parent Council President and Vice President from to 2016 to 2019.